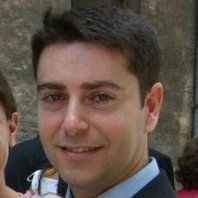 WAM was one of my favorite software projects I made at Tissat.

It was 2001-2002 and we were facing an increasing income of business projects (insurance, public administration, etc.). All of them wanted to go on-line (i.e., wanted a web application that could be used from any place in the world) and had complex user interfaces, as usually came from the Oracle “FORMS” world and such.

At 2001 there was the now infamous IE6 all around, and there were no UI frameworks… so I had to create one.

We used it for lots of projects along the company, and it was one of our main differential assets when sending a proposal.

I made several speeches about WAM:

Here are some screenshots:

In WAM you defined UI components in a very similar way to Swing components. You even could package them in a .jar and reuse them!

JSF, the first real alternative, would start its way at late 20021. In 2003 we discontinued the project as JSF was gaining community support and our core business wasn’t framework development.